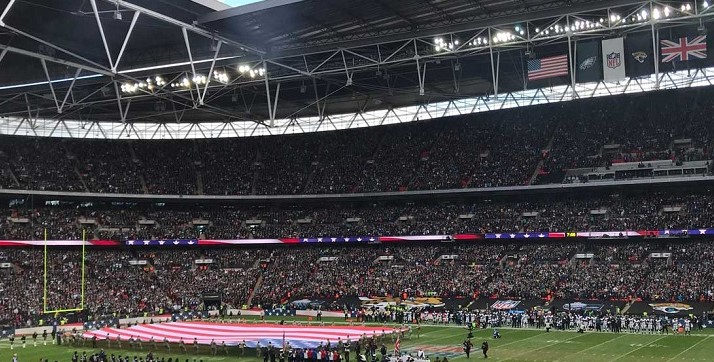 The NFL returns to London in 2019 with its series of international games. This year, Wembley will play host to four NFL London Games matches in October and November.

London has hosted the NFL every year since 2007, when the New York Giants triumphed over the Miami Dolphins. The games have been popular, with tickets for the games selling out in just a few days, nine months in advance. This year, in addition to holding games at Wembley, two NFL games will be held at the fantastic new Tottenham Hotspur Stadium which was opened in April this year.

The NFL In London

The NFL brings games to London as part of its approach to bring American Football to a wider audience. This approach seems to be working.

According to the NFL, only 3% of those attending the London games are Americans or American expats, while 22% are from London and 60% from elsewhere in Britain. Tickets are now sold out, but prices originally ranged from as little as £23 for a child, up to £160 for an adult on a central sideline seat. At the time of writing there are some hospitality tickets available, starting at £369.

Who Are The Teams Playing In London?

Get to know the teams that will be playing at London this year... 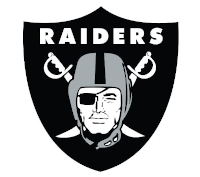 **Did You Know?**In the 1940 NFL Championship game, Chicago Bears' Dick Plasman was the last NFL player to play without a helmet. 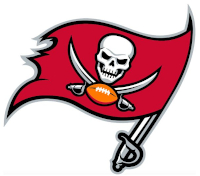 **Did You Know?**The principal owners of the Tampa Bay Buccaneers, the Glazer family, also own Manchester United Football Club.

**Did You Know?**The Cincinnati Bengal mascot is Who Dey the tiger. The name Who Dey comes from the team chant; "Who dey, who dey, who dey think gonna beat dem Bengals?"

**Did You Know?**The Jacksonville Jaguars have played more games in London than any other team in the NFL. 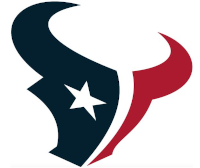 **Did You Know?**The five points of the star in the Houston Texans' logo represent pride, courage, strength, independence, and tradition.

If you're enjoying the spectacle of the NFL this autumn in London, book your stay at Grange Hotels. With luxury hotels in the heart of the city, make the most of your London break with Grange. Book today.